developing understanding and appreciation in kids for what they have 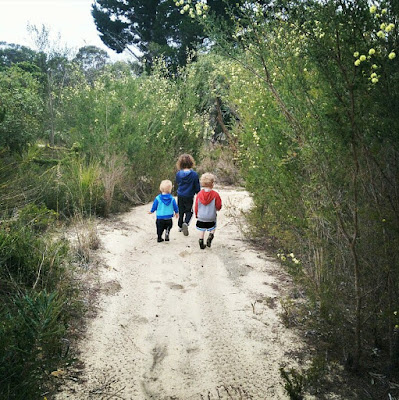 A good 7 years ago before I had children I heard the story of a couple who owned a homestead and allowed a class of grade 1 students to come and explore her large farm. She was shocked that when asked the simple question "where does milk come from?" They all agreed it came from the supermarket. Given the chance to think further back, they didn't know. The woman took pleasure in showing the kids the cows and how we get milk from them and so on. They were thrilled and surprised!

This resonated with me so strongly back then. I decided when I had children I wanted them to know where milk comes from, and veggies, and eggs, and petrol and even there toys.

We grew a veggie garden last year (its still growing at the moment) not only for the "fun" of it but also so that CurlyGirl could see first hand where veggies come from, how some are under the ground and some grow on stalks and so on. So that she could experience and see the time, the effort and the wonder of planting a seed and cultivating it. So she understood that veggies dont just get delivered to the shops on a magical truck but they are grown and cared for by farmers and they come from the ground and we are blessed to enjoy them when someone else has done all the work and that's why we pay for them.

We have also had Chooks which served their similar learning purpose and we have had talks in the shops about how our clothes get sewn by people working very hard in factories in other countries.

I just think that young children knowing these things helps to encourage gratitude and perspective and maybe even dabbles in the early stages of fending off the excessive materialism which they are exposed to whenever they step foot into a shopping center or the like.

I know its sinking in because for example the last time we went to the bakery, CurlyGirl thanked the lady who served us for waking up early to make our bread :-)

Yesterday, we picked up a new desk-chair from Ikea. (I heart Ikea for SO many reasons!) And Curly Girl helped me assemble it. She did most of the work. She did a great job with the allen key too which is really fiddly for small hands. it was great for her to do this simple activity because not only does it continue the theme that things dont just make themselves, but also it took teamwork, logic, fine and gross motor skills and got her working to enjoy what she was blessed with.

You see she gets alot of stuff. We are surrounded by generous people and although I'm extremely greatful, I don't want my kids being spoilt brats. So I like to make a point of doing things like this with her. She enjoys it, learns something new, and appreciates things more.

Sure it'd be easier to buy ALL our veggies instead of grow them... and even cost the same since we buy ours from farmers markets. Yes, it'd be quicker to just do the chair myself once she has gone to bed... but whats the fun in that? All life is a learning opportunity, and when kids are still young they are willing to be helpful and interested in simple concepts so why not?

Back to the chair, she was quite proud of herself. Look at that cute tiny little hand... I just wanna squeeze it! 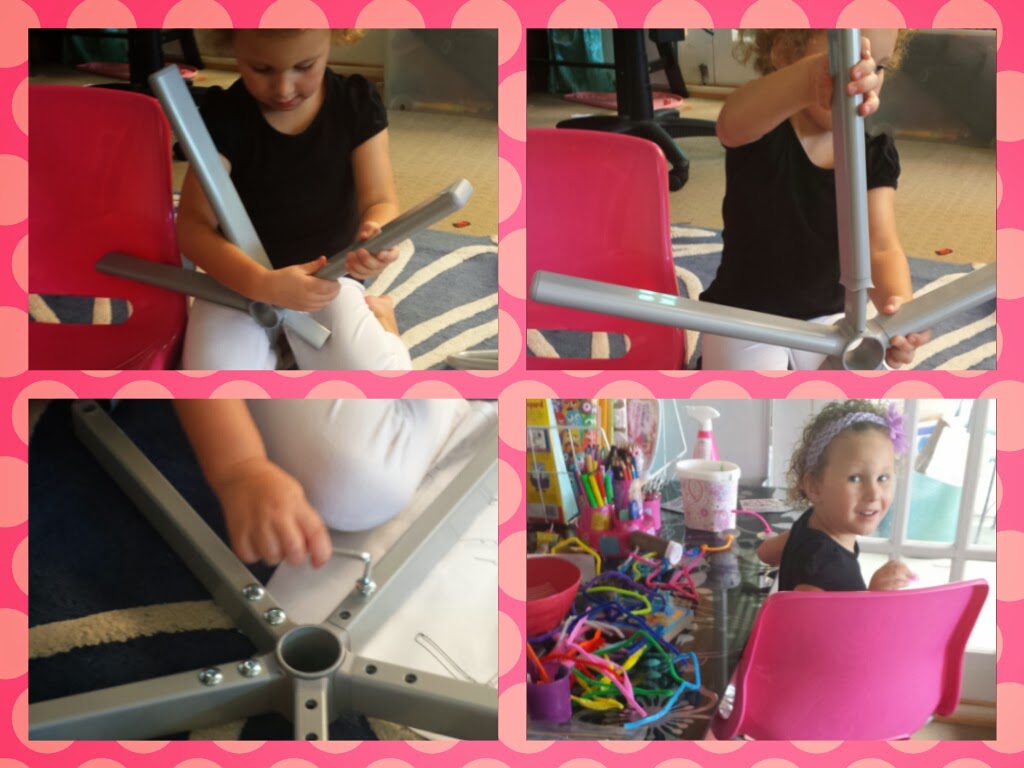