Posted by Terri on March 02, 2014
Well we jumped into week 1 of the "God's little explorers" kindy curriculum with gusto.... then life happened. Between hubby having his tooth pulled, the internet cutting out two weeks early (again) and myself damaging some soft tissue in my foot to the point of a bandage and crutches, we were slowed down somewhat!! Just one of those weeks where you have grand plans and the energy to carry it out, then BOOM! stuff goes down.

Despite the setbacks, we managed just fine. I've tried to see it as a lesson in patience. Im also extremely greatful that im not physically restricted like this all the time as some people are! I can't wait to be back to my normal self and am SO glad I am usually a healthy and mobile mother.

Onto what we accomplished this week... id say a good family effort all round. Hubby managed to progress with our outdoor kids corner project (will post pics once it's complete). He put some wire fencing up, removed dead grass and plants, dug out heaps of dirt, bought the sand for the sandpit and filled the pit, painted some poles and did a number of other things... between having his tooth pulled!

As far as the week of homeschooling goes, we got around to most of the activities still. We hired out "going on a bear hunt" from the library. We own "blueberries for Sal" already. Read both numerous times.

We talked about how God's word is a treasure and why. We made our alphabet book: 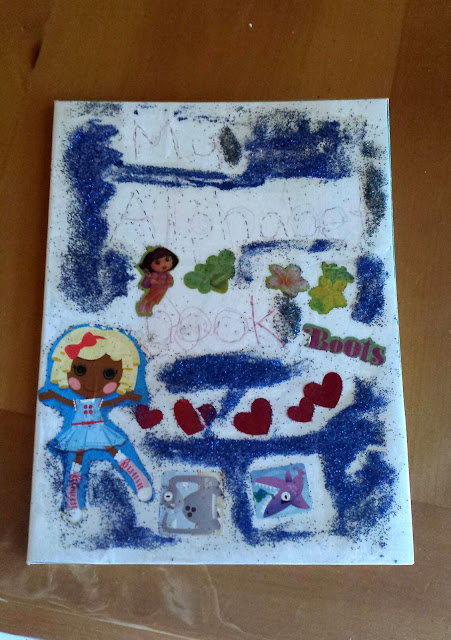 We made a treasure map which consisted of a brown charcoal and wet teabag mess, along with mummy hanging over the bathtub with a lighter and the map.... yes we only burned one corner I was too paranoid it would spread haha. Im looking forward to adding to the map this year. It sits proudly on our wall in the homeschool room. CurlyGurl had fun making it: 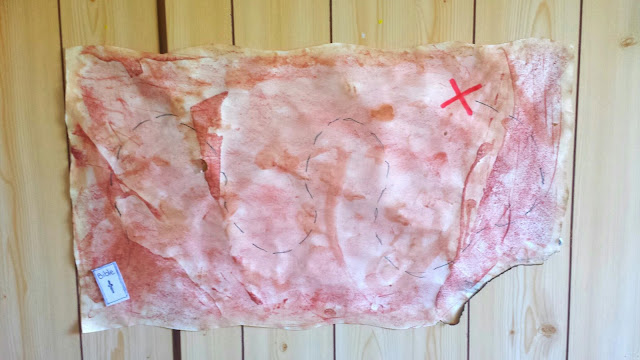 She practiced drawing her X's and cut and glued them into her book. And something good came out of my bung foot.... X is for X-ray!! And boy did she LOVE examining it! 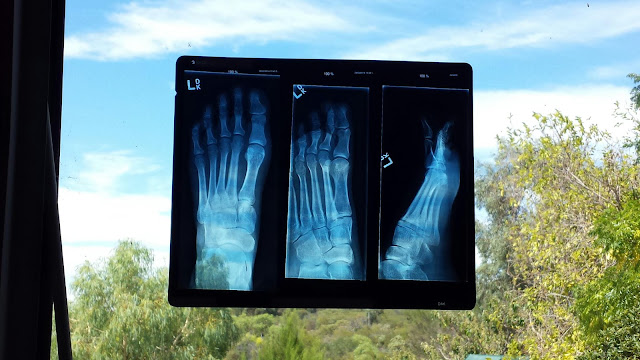 We were going to do a treasure hunt with chocolate gold coins but I couldnt venture out with my foot, so I made a treasure sensory bin for CurlyBoy and CurlyGirl to explore which went down well: 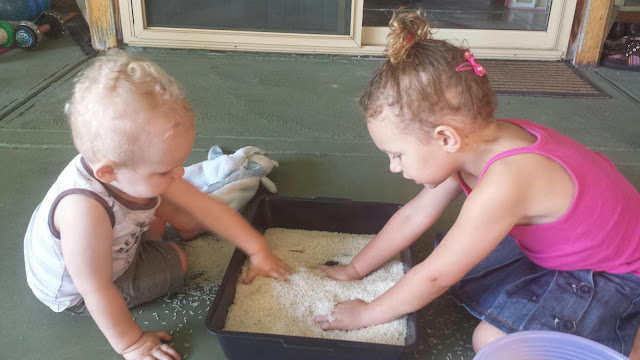 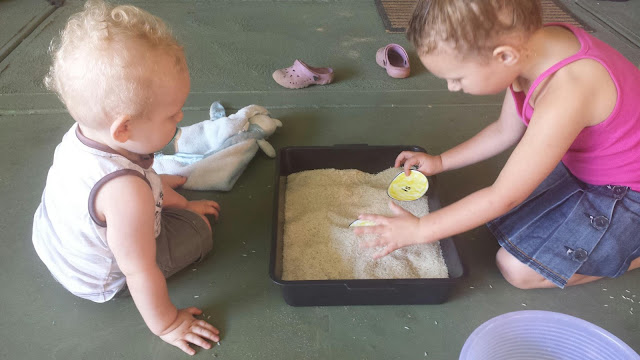 We made a paper bag treasure box to stick the cut out coins in. Lots of glue, glitter and gems. 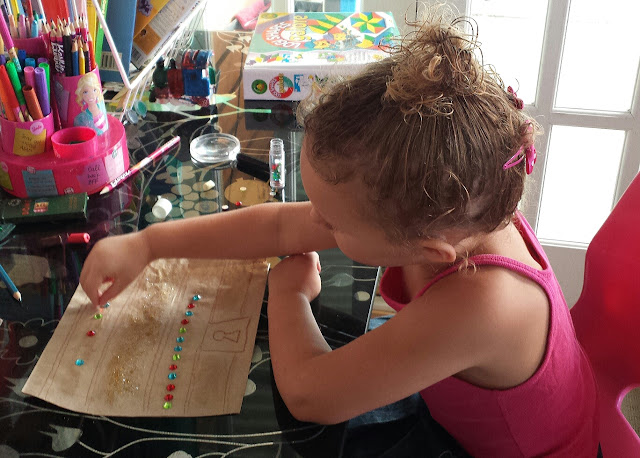 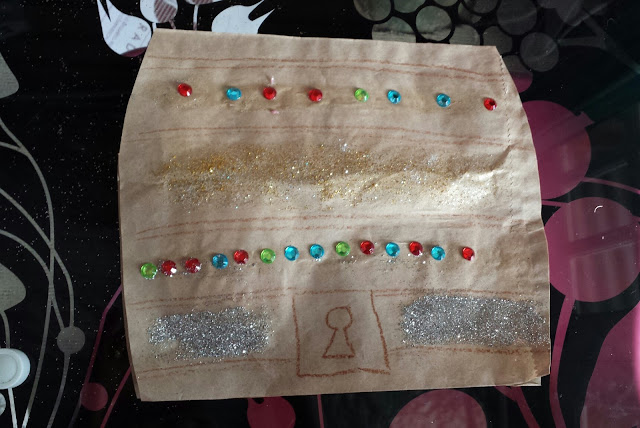 We skipped the focus on the rectangle as CurlyGirl knows the basic shapes very well already and wasnt interested.

It was a fun week, lots learned and looking forward to next week, which is "G is for Garden" :-)